How One Aliso Viejo Mailman Became a Stroke Awareness Advocate 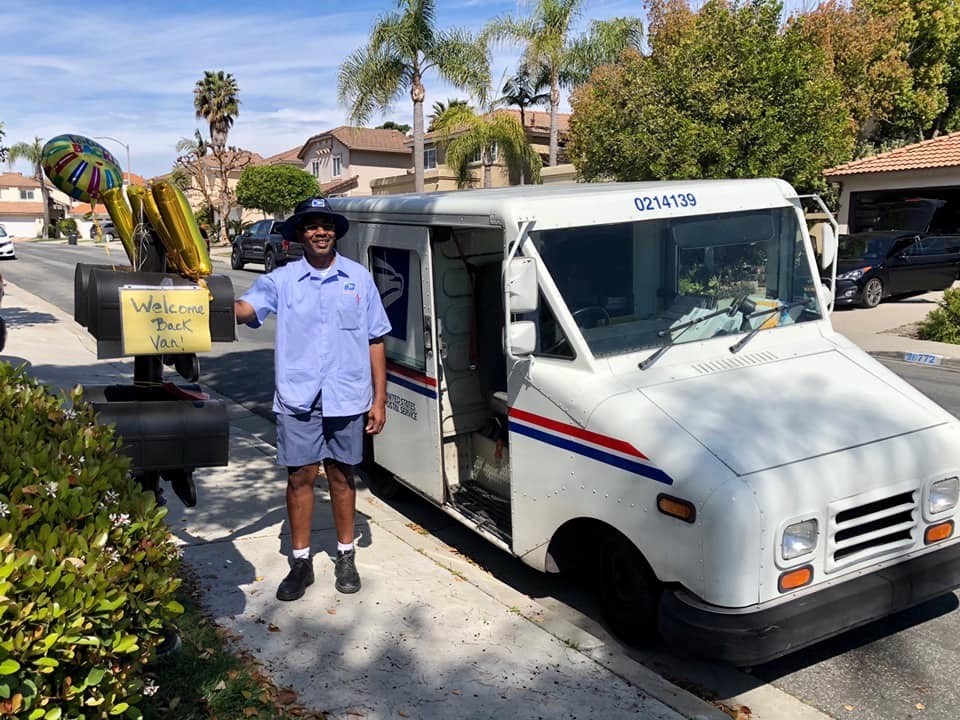 Van Singletary knows what it’s like to have his whole life change in an instant. One early morning, while having a conversation with his wife, Angela, he was startled when she told him that his speech was slurred and his words weren’t coming out correctly.

“My wife came around to my side of the bed and said my face was drooping, but I didn’t know anything was different,” said Van.

Angela quickly began to prepare to take Van to the hospital, but still in a state of disbelief, Van didn’t want to go. Angela, however, was determined to call 911. Within minutes, EMT’s arrived and concluded Van had suffered a stroke and that his left side was paralyzed.

Van was rushed to Mission Hospital and greeted by the Mission Stroke Center team. After undergoing a series of tests, the team concluded Van had a blood clot in his right carotid artery that needed to be removed immediately. Minutes later, Van was wheeled into for surgery.

When Van woke up in the intensive care unit, he was surprised to find he had full mobility. He was under constant monitoring and unfortunately, suffered a second stroke. A small tear in Van’s carotid artery was discovered, which the team believes to be the cause of both strokes, and a stent was placed in the artery to repair the tear.

Van remained in intensive care for three more days where he continued his journey to recovery. When he returned home, he was able to resume most of his daily activities and began to process what he’d experienced.

Five weeks later, the 54 year-old returned to work as a mailman in Aliso Viejo where he was welcomed and celebrated by many residents along his route, and is now on a mission to get the word out about the signs of stroke.

Upon his return to work, Van was touched to find that many supportive community members had placed celebratory balloons and cards on mailboxes along his route.

“If you are seeing any signs of a stroke, don’t minimize it,” Van says. “My wife didn’t minimize what I was experiencing and I believe that’s what made the difference in my having made a full recovery.”

Today, Van focuses on his health and has made positive changes to his diet and exercise routine. Additionally, he partners with the Mission Hospital stroke team to help create awareness about stroke and heart attack.

For those recovering from stroke, he offers some words of wisdom: “Never believe that you won’t retain what you once had before a stroke.”

Thanks to the care at Mission Hospital, Van came out of the gate running following a stroke, and his efforts to share his experience and raise awareness are deeply appreciated by his care team and the entire community.