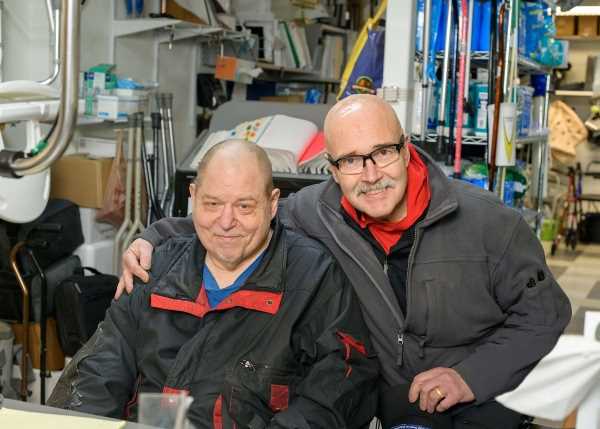 Frank Rion and T. Frank Box are the “Two Franks” at Access Alaska who keep the community and local organizations supplied with durable medical equipment they may need.

Eric Gurley describes Access Alaska as “a best-kept secret” he wishes more people knew about. The Anchorage nonprofit offers durable medical equipment such as wheelchairs, crutches and hospital beds at no cost to borrowers, helping patients save hundreds and thousands of dollars.

Providence Health & Services Alaska supports Access Alaska to the tune of $25,000 in 2019, which allows the program to serve a growing number of clientele.

“Providence has been great,” said Gurley, Access Alaska’s executive director.  “That interplay has turned into a real partnership, which helps the people of Anchorage.”

T. Frank Box has been a mainstay of Access Alaska since 2002, when he first joined the staff as an independent living advocate. Today, he spends his time servicing donated equipment, organizing inventory and overseeing the needs of clients who come in daily to borrow anything from a pair of crutches to shoulder coolers used post-surgery. Box is particularly suited for the job because he understands the necessity of medical equipment to help in recovery.

That first episode revealed a brain tumor, Box said, which led to surgery, chemotherapy and years of recovery while he relearned basic skills. The trauma of the tumors affected his life in many ways. He suffered from extreme vertigo, had personality changes, had to leave his job on the North Slope, and struggled with personal relationships.

Now, more than 20 years later, he said he is a real-life example of how perseverance pays off. He entered a support group for people with traumatic brain injuries, took up physical activities to keep him strong, and taught his brain how to find short cuts to relay daily information that he needed.

“I’m a lab rat in my own experiment,” Box said. “So when someone comes in and needs something, or is going through some health crisis, I can say, ‘I don’t know exactly what you’re going through, but I have an idea.’ ”

In the Access Alaska storage facility, there are shelves upon shelves of donated equipment that Box and his employees clean and service for re-use. A former machinist on the North Slope, Box now uses his skills to reassemble hospital beds for in-home use, cut down crutches to fit clients’ needs, and install replacement parts to create new and improved equipment options. There is also a sterilization room, where all donated equipment is cleaned and prepped for incoming clientele. Box keeps track of the equipment, and co-worker Frank Rion works with the public to get them outfitted.

“We are person-centered,” said Rion, who uses a wheelchair due to a stroke – a station in life that he said also allows him to empathize with his clients. “We find out their weight and needs and specific conditions, and we can get them the right equipment to fit.”

Having the “two Franks” at the DME (Durable Medical Equipment) center is invaluable, Gurley said. Between the two, they can pinpoint exactly what is needed for a client and help outfit not only individuals, but also agencies that might need help. In 2019, there were 2,496 equipment loan forms filled out.

Box said each of those forms represents an individual with specific needs that Access Alaska was able to address. He points to a photo above his desk, showing a young girl in a wheelchair smiling at the camera.

“She wanted to go to the Battle of the Books, and she had a bone disease that made it difficult,” he said. “We got her set-up with a wheelchair that fit, and then she could go.” 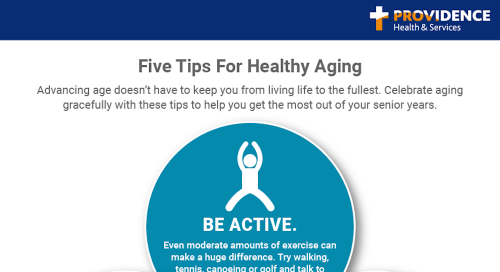 Aging gracefully: Learn the secrets
Learn five secrets to aging gracefully. They may help you fight COVID-19 now and enjoy healthy years ahead.
Anxiety around COVID-19 may be ‘breaking’ your heart
Read about a recent study that looked at the connection between broken heart syndrome and the COVID-19 pandemic.
Visitation policy seeks to balance compassion and safety for patients, clinicians
We understand and empathize with families unable to be with loved ones. However, we must place the safety of our patients and caregivers first when the risks are so great during this unusual time.
Extend the life of your quarantine garden
Ensure your fall and winter are full of tasty fruits, veggies and herbs by canning and preserving your quarantine garden.