Researchers from the Pacific Neuroscience Institute (PNI) at Providence Saint John’s Health Center have discovered a novel method to accurately identify and diagnose patients with cognitive impairments using functional mapping tools that are easily accessible to physicians across the country.

The clinical study, published Tuesday in the Journal of Alzheimer’s Disease Volume (90) Issue (4)1, could not only lead to improved detection of cognitive conditions, but also to earlier intervention for patients suffering from memory loss and other cognitive concerns.

“Gold-standard assessments for distinguishing cognitive stages can be expensive or inaccessible,” said Prabha Siddarth, M.D., senior author of the study and consultant scientific research director at PNI. “Our hope is that this approach may help prevent delayed diagnoses by enabling early and correct identification of patients who might otherwise go untreated and ultimately improve patient outcomes long term.”

To conduct the clinical study, researchers relied on the use of both the Neuroreader by Brainreader, a volumetric magnetic resonance imaging (vMRI) tool and neuroimaging software that detects brain atrophies and abnormalities, and the eVox by Evoke Neuroscience, a quantitative electroencephalographic/event-related potential (qEEG/ERP)-based cognitive testing system that evaluates patients’ brain function after they complete simple cognitive tasks. The study was the first to use the two tools in tandem to assess patients’ brain health.

Patients were enrolled in the study if they were older than 55 and claimed to suffer from memory loss while seeking care at PNI. Those selected for the study were then evaluated by a dementia specialist before undergoing testing.

Over the nearly three-year study, researchers found that, when used together, the two tools could accurately diagnose patients and distinguish between subjective cognitive decline (SCD), mild cognitive impairment (MCI) and dementia – key distinctions when creating an effective preventative care plan.

“The importance of this study is that we showed that we can use easily accessible, mobile functional mapping tools (qEEG and volumetric brain MRI) to help increase the diagnostic certainty of stages of cognitive impairment,” said David Merrill, M.D., an adult and geriatric psychiatrist and director of the Pacific Brain Health Center at PNI. “In addition, the diagnostic model developed by this study could help physicians bring inexpensive, yet comprehensive neurological assessments to patients across the country, especially those in underserved and rural communities.”

Researchers also found that the tools could supplement existing cognitive tests used in primary care offices to identify and treat conditions like dementia at an early stage. The tools also could be adapted to virtual formats in the future to offer patients at-home brain health assessments during telehealth appointments.

“The accuracy of the mobile functional mapping tools and their ease of use in inpatient, outpatient and at-home settings could allow for the early identification of dementia for a myriad of patients,” Siddarth said. “This will be beneficial for preventative care measures that aim to limit the rate of disease progression and provide patients with greater autonomy and quality of life." 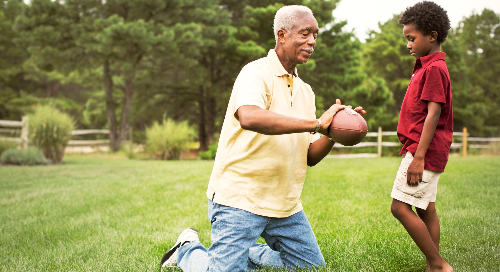