Providence Supportive Housing received notification that A Regional Coalition for Housing (ARCH) recommended the Providence senior housing project currently in development in Redmond, Washington receive a total of $800,000 of funding from the 2013 Housing Trust Fund. The award from ARCH complements a $200,000 contingent award from the King County Housing Finance Commission, also received in January 2014, bringing the total amount of funding committed for the proposed development to $1 million.

“We are excited and grateful to both ARCH and to King County for supporting this project,” said Tim Zaricznyj, Providence Director of Supportive Housing. “However, much work remains to be done to secure the necessary funding to make this development a reality.”

Pre-development work on the project began in earnest during the spring of 2013 when the City of Redmond issued a request for proposals from eligible non-profit housing developers. Redmond was seeking to develop a lot in the downtown Redmond core for affordable senior housing. Providence partnered with Shelter Resources Inc. and SAGE Architectural Alliance and ultimately prevailed in the competition. The project as proposed would include a Providence ElderPlace center on the ground floor with 75 residential units above.

“Resources for affordable housing development are as stretched as I have ever seen them in my career,” commented Zaricznyj. The success of funding applications due later in 2014 will determine whether a Providence supportive housing program in Redmond will become a reality. 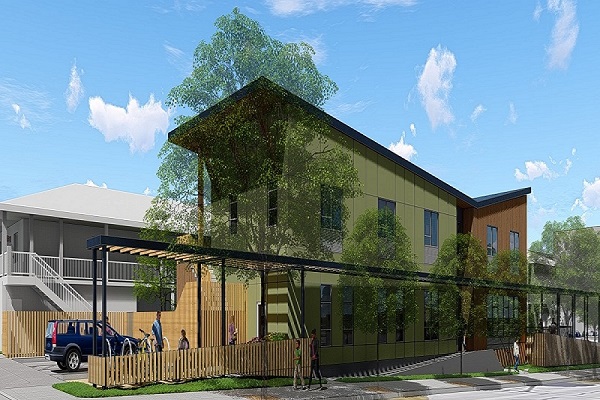