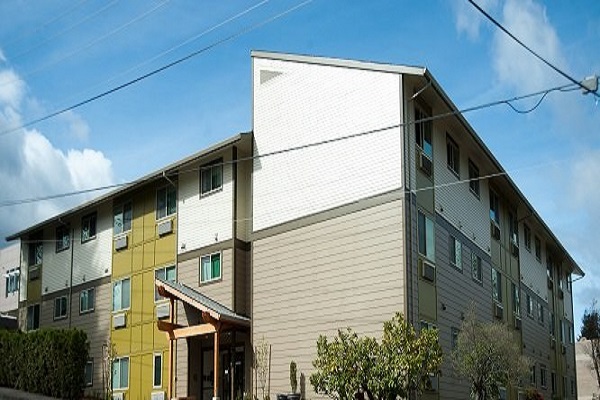 Built in 1977, the 27 unit apartment complex provides affordable housing for people in need in Hood River. In January 2012, management of the building transferred from local Providence management to Providence Supportive Housing and with that change, residents received great news. A $1.65 million dollar facelift was announced with work to begin in the summer of 2013. The work was funded by the U.S. Department of Housing and Urban Development, Oregon Housing and Community Services and the Network for Oregon Affordable Housing.

LMC Construction was chosen to lead the construction activity due to their specialized experience in renovating occupied buildings. Work started in June 2013 and is slated for completion this month.

Timothy Zaricznyj, director of supportive housing at Providence, said, “We not only focused on modernization, but added vital safety features to the building. We wanted to use this opportunity to ensure the ongoing viability of the housing program for years to come.”

In addition to replacing windows, siding and most of the plumbing fixtures, the heating, ventilation and cooling systems were upgraded. The two largest components of the project were a state-of-the-art sprinkler system and a new elevator. “The cosmetic changes are great, but we are most appreciative that the residents may enjoy improved safety and security features,” remarked Zaricznyj.

Jean Sheppard, associate administrator for Providence Hood River Memorial Hospital, helped coordinate with the neighbors during construction. “We are very thankful for our neighbors. Aside from some street parking issues that we worked through together, we tried to make things as easy as possible for everyone” said Sheppard. “In addition to the added safety measures in the building, we hope that the updated look will be more pleasing for everyone living close to Providence Dethman Manor.”

An official blessing and rededication of the building is slated for Oct. 18, 2013, where neighbors, residents and Providence staff will celebrate the transformation of Providence Dethman Manor. 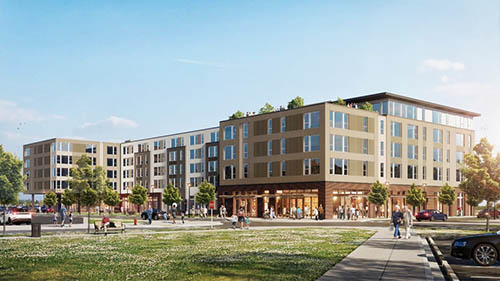