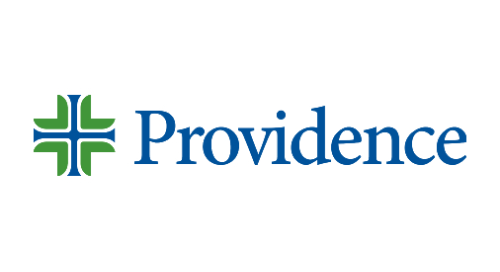 As health systems nationally face unprecedented challenges, Providence streamlines leadership to free-up resources for the frontlines while keeping the focus on retaining and recruiting essential roles.

RENTON, Wash., July 19, 2022 – Providence, a not-for-profit health system serving the Western U.S., today announced a new operating model to better respond to a fast-changing health care landscape. The new model calls for a leaner executive team and a nimbler administrative structure, which will support caregivers and patients by freeing up resources for the frontlines and empowering local decision-making to continue meeting the unique needs of each community Providence serves.

“As part of our vision of Health for a Better World, the Providence family of organizations has been working to create a more sustainable model of health care by 2025, one that makes safe, high-quality care accessible and affordable for everyone. We began this journey before the pandemic, but it has become even more imperative today as health systems across the country face a new reality,” said Providence President and CEO Rod Hochman, M.D.

External forces – including the severe national shortage of health care personnel, inflation and global supply chain disruptions – have strained patient care operations throughout the U.S. while also driving up the cost of care. Meanwhile, revenue and reimbursement from insurers has not kept pace, resulting in unprecedented net operating losses for health care delivery systems nationally.

As part of this change, Providence is grouping its existing seven operating regions into three new divisions, which will move the organization from seven regional senior leadership teams to three divisional teams.

Erik Wexler, who previously served as president of strategy and operations for Providence’s southern regions, is stepping into a new role as chief operating officer for Providence, overseeing the following new divisions:

Providence is now beginning the process of interviewing and selecting other members of the divisional leadership teams. Meanwhile, administrative support departments will adapt their structure to support the leaner operating model. Having completed an ethical discernment and established guiding principles, Providence is committed to going through this process with respect and compassion for each person involved.

Meanwhile, the health system is maintaining a full-court press on retention and recruitment of essential roles, continuing to add more permanent R.N.s each month to support caregivers on the frontlines and reduce reliance on travelers. Last year, Providence announced a $220 million workforce investment to recognize current caregivers and rapidly fill open positions.

Providence is taking several other steps to respond to the times, including managing length of stay to improve access, reviewing its real estate holdings and leases, reducing discretionary spending and diversifying revenue to support patient-care operations.

“Having served the Western U.S. for more than 165 years, Providence has lived through other economic downturns, past pandemics and periods of political and social unrest. Now, it’s up to us to write the next chapter. With the steps we are taking today, the Mission of Providence will continue to endure and will allow us to hit the ground running in the New Year, putting us well on our way to creating the health system of 2025. Together, we will continue supporting caregivers and serving patients in local communities throughout these difficult times while shaping the future of health care for generations to come,” Dr. Hochman said.

About Providence
Providence is a national, not-for-profit Catholic health system comprising a diverse family of organizations and driven by a belief that health is a human right. With 52 hospitals, over 900 physician clinics, senior services, supportive housing, and many other health and educational services, the health system and its partners employ nearly 120,000 caregivers serving communities across seven states – Alaska, California, Montana, New Mexico, Oregon, Texas, and Washington, with system offices in Renton, Wash., and Irvine, Calif. Learn about our vision of health for a better world at Providence.org. Providence Medicaid Billing and Charity Care Update
Serving those in need, regardless of ability to pay, is the very heart of who we are at Providence. New research evaluates the safety of transplants from organ donors who recently testing positive for SARS-CoV-2
A new study published in the Transplant Infectious Diseases could provide help for the shortage of donated organs by using an organs from a SARS-CoV-2-positive donor.