Have you ever looked at a person you know and been unable to retrieve their name, no matter how hard you tried? Or, while in the car, have you looked out the window and realized you drove to a completely different place than your intended destination? In many cases, these small “memory blips” may just be something to shrug off. But how do you know when memory loss is more than just a blip?

Occasional forgetfulness is expected at any age. As you get older, it can take longer to learn new things. It may be more challenging to recall events or words. Mild memory problems and a decline in cognitive skills often come with getting older. It’s only worrisome when it starts to interfere with your daily life.

Memory loss may stem from physical issues. Brain infections, clots or tumors can cause forgetfulness and temporary memory loss, as can thyroid, kidney and liver disorders. Fortunately, most of these conditions are treatable, and memory can improve.

Other factors that may lead to memory problems include head trauma, chronic drug and alcohol abuse, heavy cigarette smoking, vitamin B-12 deficiency and sleep deprivation.

Emotions like anxiety, depression and stress can make you more forgetful than usual. In some circumstances, the resulting mental and physical issues can resemble dementia. If you’ve suffered a significant loss such as the death of a loved one or are going through a major life change like a divorce or recent retirement, you may experience confusion and lapses in memory.

Symptoms are usually short-lived and tend to fade as your circumstances and emotions return to “normal.” If you need help dealing with your emotional challenges, counseling or medication can often help ease feelings of loneliness, sadness and anger. Check the side effects of any drugs taken to treat emotional symptoms, however, as they might actually trigger memory problems.

Numerous medications can affect both short- and long-term memory. Some drugs interfere with key chemical messengers in the brain, while others depress signals within the central nervous system.

Common prescription drugs that can affect your memory include:

If you’re noticing unusual forgetfulness or memory loss, research your medications to determine whether they might be at fault. Especially for older adults, the build-up of some drugs in the system can lead to memory loss — not to mention increase the risk of falls, fractures and driving accidents.

Alzheimer’s is the most common form of dementia. It starts with short-term memory loss, and as the disease progresses, the person goes back in time and remembers their earlier days, rather than the most recent days. There are seven stages of Alzheimer’s, starting with simple confusion and continuing until the person has lost significant abilities, such as swallowing, and is unable to take care of themselves.

This type of dementia combines the symptoms of Alzheimer’s disease with those of Parkinson’s disease. People with Lewy body dementia experience both cognitive decline and stiffness in their body that can lead to tremors. They also experience visual hallucinations, and can have moments of clarity followed by times of extreme confusion.

Vascular dementia is characterized by brain damage that can be traced back to mini-strokes that caused bleeding in the brain. People who have vascular dementia have trouble paying attention or organizing their thoughts. It can often be easy to distinguish vascular dementia from other types of dementia because it most often suddenly occurs after a stroke.

Fronto temporal dementia is when a person experiences problems with language and has changes in their personality and behavior. People with this type of dementia slowly withdraw into themselves, losing much of the ability to feel emotions and have awareness of the needs of others.

The 10 most common early signs of dementia include:

If you start noticing signs of memory loss in yourself or a loved one, it’s important to see a doctor right away so you can narrow down the cause.

If you are looking for a provider who offers care specifically for older people and those with memory problems, you can search for one who’s right for you in our provider directory.

We’re with you, wherever you are. Make Providence’s app your personalized connection to your health. Schedule appointments, conduct virtual visits, message your provider, view your health records and more. Learn more and download the app.

This information is not intended as a substitute for professional medical care. Always follow your health care professional’s instructions. How we’re improving our chemical and anesthetic use
At Providence, we’re working to protect our environment. Chemical management – including anesthetics – is an important part of that effort. Learn how. 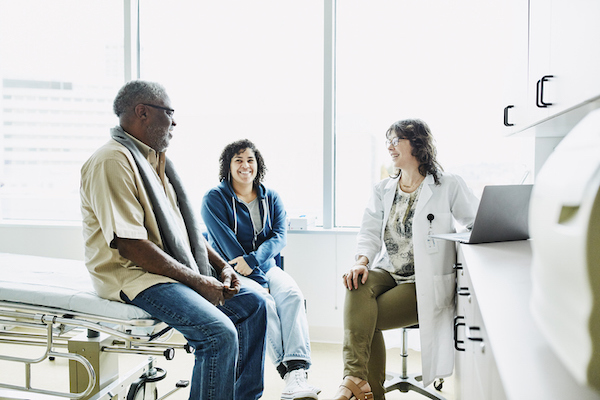