So when Dr. Wagreich needed his own surgery, for spinal problems, he was overjoyed when his surgeon recommended an advanced approach called “awake” spine surgery.

Awake spine surgery refers to surgery that doesn’t involve general anesthesia,” says Remi M. Ajiboye, MD, medical director of the orthopedic spine surgery program at Providence Little Company of Mary Medical Center Torrance, who performed Dr. Wagreich’s surgery. “The traditional way of doing spine surgery, the way most are typically done, is with patients under general anesthetic. Through advances in surgery and technology, we can perform some surgeries now using a local anesthetic or a spinal epidural with little to no intravenous medication.”

Awake spine surgery is part of our commitment to providing patients with treatment options that aim for both excellent outcomes and increased quality of life, allowing patients to get back to doing the things they love. Providence Little Company of Mary is one of the few hospitals in the region, and the only hospital in the South Bay, providing this option.

“It’s not a common procedure; not a lot of places do it,” says Dr. Ajiboye, who has expertise in minimally invasive spine surgery. “We offer it to give our patients more options.”

This also results in faster recovery after surgery, he says, “because you’re not dealing with side effects of general anesthesia. These patients are literally up within minutes after surgery. You also have better postoperative pain control, because you get immediate feedback from the patient regarding pain. For example, 10 to 15 years ago, the vast majority of patients undergoing routine knee and hip replacement surgeries had it done with general anesthesia. Nowadays, these surgeries are typically done with regional or spinal anesthesia due to the increased risk of complications and slower recovery associated with general anesthesia.”

Dr. Wagreich was badly in need of a solution for his searing hip and leg pain when he met with Dr. Ajiboye. The Torrance- based podiatrist, 72, had undergone hip replacement surgery in 2021 for hip and leg pain. His hip pain was resolved, but his leg pain continued and worsened. He was diagnosed with a synovial cyst (a fluid-filled cyst) inside his spinal column that was pressuring his nerve.

“It was horrible, and it kept getting worse,” Dr. Wagreich says. “This was a two-year ordeal. I tried acupuncture, medication, pain clinics. Nothing helped. I measured each step.”

In March, Dr. Ajiboye made a one-inch incision in Dr. Wagreich’s back to remove the cyst and relieve the stenosis (a narrowing that puts pressure on the spinal cord). And, despite the term “awake” spine surgery, Dr. Wagreich remembers nothing.

“Awake” means you can be fully awake and listening to music using headphones or in a light slumber, similar to what most patients experience during a colonoscopy, Dr. Ajiboye says. The anesthesiologist can adjust a patient’s level of consciousness using intravenous medications.

The technique lived up to its billing. Dr. Wagreich was home by early afternoon and back to work six days later— blissfully pain-free.

“When I woke up, not only did I not have back pain, but my leg pain was gone. Two years of misery was instantly gone,” he says. “I’ve seen so many patients, especially seniors, who suffer from general anesthesia. It can start a whole cascade of events. I would tell people to consider awake surgery if it’s OK with your doctor.” 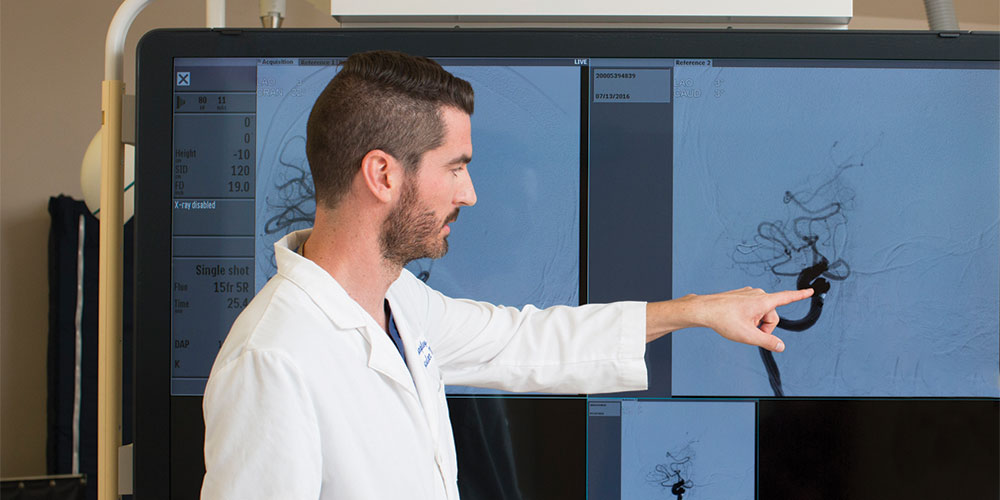 “Awake” During Surgery
New advances allow some spine surgeries at Providence Little Company of Mary to take place with no general anesthesia. They can yield better results. Everett sports medicine doctor says, ‘Don’t wait until the pain is unbearable’
Dr. Andrew Gomez, a lead physician at the popular Providence Sports Medicine clinic in Everett and champion of non-operative treatment options, says seeking care early is the best option for a full re