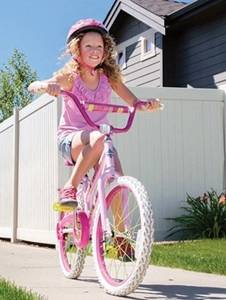 Orthopedic issues don’t only affect adults. Olivia Lollis was just 6 when she fell from a three-foot wall while playing and suffered a compound fracture to her left elbow.

At age 6, Olivia Lollis broke her arm and needed the care of a specialized surgeon in Eastern Washington at Providence Orthopedics.

“That joint is a fairly common one to break in children ages 3 to 6 because of where the growth plates are,” says Chad Harbour, MD, a trauma and general orthopedic surgeon at Providence Medical Group.

“But a break as severe as Olivia’s, where the bone comes through the skin, isn’t very common.”

Olivia’s mother, Chelsea, a Sacred Heart pediatric nurse, was working when she got the call. She met her daughter and her husband, Luke, in the emergency department.

“I wasn’t too concerned when I first heard she’d broken her arm, but then I saw her, and her arm was bloody and gray,” Chelsea says.

Emergency staff rushed Olivia into surgery with Dr. Harbour, who determined that the broken bone had severed an artery in the girl’s arm, which was subsequently dying from lack of oxygen. Dr. Harbour called upon Sacred Heart’s vascular team and a surgical specialist.

The seven-hour procedure was successful. Dr. Harbour set the bone with pins and Emily Williams, MD, harvested a section of artery from Olivia’s leg and placed it in her arm.

Today, the 8-year-old is doing great and loves to swim, read, ride her bike, dance and play outside.

“She has full use of everything,” Chelsea says. “If you didn’t see the scar, you’d never know anything happened.” She was a typical soccer-loving 19-year-old when unexplained knee pain sent Jamara Nowell to the doctor. She was living on a military base in Montana at the time, and the doctor there couldn’t determine why she was experiencing pain. Then other peculiar symptoms appeared.

“I woke up with achy wrists, and my knee started to swell,” Nowell says. “I noticed a rash on the inside of my left knee, and I would have a fever every night.”

“Jamara came to me at 21 years old with a cane,” Dr. Bowton says. “The cartilage in her joints had just melted away in a matter of a couple years. She couldn’t walk, let alone run. And yet, she was so positive.”

Because the cartilage was gone, Nowell’s only option was surgery.

Since having her knees, hips and shoulders replaced by Spokane, WA surgeons at Providence Orthopedics, Jamara Nowell has found new interests, including remote control cars.

“We’d replace one knee and then as soon as she recovered from it, we’d move on to the next,” Dr. Bowton says. In total, the surgeon has replaced both of Nowell’s knees, both shoulders and both hips.

After the surgeries, Nowell says the difference in her joints is “night and day.” She can walk and perform daily tasks. Soccer is still off the table, but she’s found new interests – including painting remote control cars and cooking – and new love with fiance Jeremy Patterson.

She also continues to be positive. “My disease has been one of the biggest blessings in my life,” Nowell says. “I’m more proud of who I am today than who I would have been without my disease. I’ve really gotten to find out who I am outside of sports.”

Nowell and Dr. Bowton have become close in the last eight years. It’s a relationship Nowell is hesitant to give up.

“Jeremy and I have been talking about moving, but Dr. Bowton and my other physicians are keeping us here,” she says. “He’s just so genuinely kind. He’ll be getting a wedding invitation, for sure.”