From biopsy through recovery and beyond, Providence Holy Cross Medical Center Mission Hills provides extraordinary cancer care, treating 40 types of cancer and partnering with the renowned City of Hope. The cancer program is accredited by the American College of Surgeons Commission on Cancer for its comprehensive, high-quality, multidisciplinary approach to treating the whole person, engaging a patient’s family, culture, traditions, and preferences. Providence Holy Cross is ranked by Healthgrades among the nation’s best hospitals and is recognized for excellence in pancreatic cancer care and in screening for lung cancer, identifying two serious diseases when they’re most treatable.

From biopsy through recovery and beyond, Providence Holy Cross Medical Center Mission Hills provides extraordinary cancer care, treating 40 types of cancer and partnering with the renowned City of Hope. The cancer program is accredited by the American College of Surgeons Commission on Cancer for its comprehensive, high-quality, multidisciplinary approach to treating the whole person, engaging a patient’s family, culture, traditions, and preferences. Providence Holy Cross is ranked by Healthgrades among the nation’s best hospitals and is recognized for excellence in pancreatic cancer care and in screening for lung cancer, identifying two serious diseases when they’re most treatable.

Choose from common cancer types below or show all

In partnership with City of Hope, Providence Holy Cross Medical Center offers patients convenient access to leading edge diagnostic services and some of the most advanced cancer treatments and clinical trials.

Our services are provided by a cancer care team that not only understands the importance of comprehensive support, but also values each patient’s individual needs. Our goal is to continue treating patients in the communities we serve, while providing advanced levels of cancer treatment that live up to our standards for quality and compassionate care.

City of Hope has brought its expert clinicians and staff to the communities of both Mission Hills and Santa Clarita in partnership with Providence Holy Cross Medical Center.

Our partnership allows physicians and clinicians to work closely together, sharing expert-to-expert knowledge to develop and implement evidence-based clinical protocols critical to improving quality and affordability and enhancing our patients’ experiences.

Through compassionate collaboration, these physicians have been able to develop an oncology delivery system that provides high-quality, coordinated and patient-focused care across all of our care settings: acute, ambulatory, home, palliative and hospice.

Our full range of radiation treatment options ensures state-of-the-art therapies for our patients. Like all of our cancer care, radiation oncology care is provided in an interdisciplinary setting, with close consultation among each patient's oncologist, surgeon, pathologist and radiation oncologist. Together, they determine the best individualized treatment and closely monitor each patient’s progress.

We are committed to providing the most advanced radiation oncology services available, including:

The Commission on Cancer, a program of The American College of Surgeons recognizes our cancer care program for our commitment to providing comprehensive, high quality and multidisciplinary care. Accredited programs are recognized by the Joint Commission, American Cancer Society and National Cancer Institute as having established performance measures to ensure high quality cancer care.

ANCC (American Nurses Credentialing Center) recognizes healthcare organizations that provide nursing excellence, quality care and innovations in nursing practice. Achieving Magnet status is the highest and most prestigious honor awarded by the ANCC. With only 8 percent of hospitals earning Magnet designation it is considered the gold standard for nursing care.

Our Oncology Certified Nurses (OCN) are members of the Oncology Nursing Society (ONS). OCN nurses acquire, through study and examination, the knowledge and skill to offer compassionate and quality care for cancer patients encompassing the roles of caregiver, educator, researcher and oncology navigator.

Our oncology navigators partner with the ACS to provide free, community based, supportive resources to cancer patients.

NPF Center of Excellence status is awarded after a rigorous audit review to determine that an institution’s focus is on multidisciplinary treatment of pancreatic cancer, treating the “whole patient” with a focus on the best possible outcomes and an improved quality of life. This designation is a great honor for Holy Cross and represents the commitment of our teams across disciplines to providing high quality and compassionate care to patients with pancreatic cancer.

Support for Patients and Families

Because Cindy Moll's mother had died of breast cancer, Cindy began at an early age to perform a breast self-examination every month while she was taking a shower. She was only 34 years of age when she found a small lump on her breast.

"I first had a needle biopsy, and it came up negative," said Cindy. "But my doctor said we should take the lump out because of my family history." A lumpectomy was performed, and cancer was found on the lump's back side where the needle had not reached.

"I was kicking and screaming because I remember my mom, and how sick she was," Cindy said. Cindy did get nauseous and lose her hair, but she also knew the treatments gave her a chance to live.

For most breast cancer patients at Providence Holy Cross, their trials and treatments would end there and they would continue to receive periodic checkups only to find themselves cancer free. Cindy was not as lucky as most. In 2003 she found another lump in the same breast, and an ultrasound guided needle biopsy provided it positive for cancer.

"I thought, 'Oh my God, not again,'" Cindy said. "But Dr. Sanani said I needed to go through it again. He said 'we want to keep you around. You're so young.' And so I did it again."

This time, Cindy had a mastectomy due to the aggressiveness of the cancer, which had metastasized into her liver. Under Dr. Sanani's guidance, she received a new chemotherapy treatment that could attack the cancer in both the breast and liver. This time, the medicine did not make her as nauseous.

"It was very important to find just the right treatment for Cindy due to the nature of her cancer," Sanani said. "We were all very pleased with how well the therapy worked and how few side effects Cindy had during this period."

After the chemotherapy, Cindy underwent a PET (positron emission tomography) diagnostic that found the cancer was gone. Two years later, her cancer is still in remission.

Cindy credits Dr. Sanani for helping her survive the cancer and gives much of the credit to Cindy's strength and positive spirit. "Cindy was always very upbeat and had a good outlook even when she had a turn for the worse," Sanani said. "She did everything she could to help herself by strictly adhering to follow-up check-ups and tests. She faced her issues head on, and it has worked out well for her." 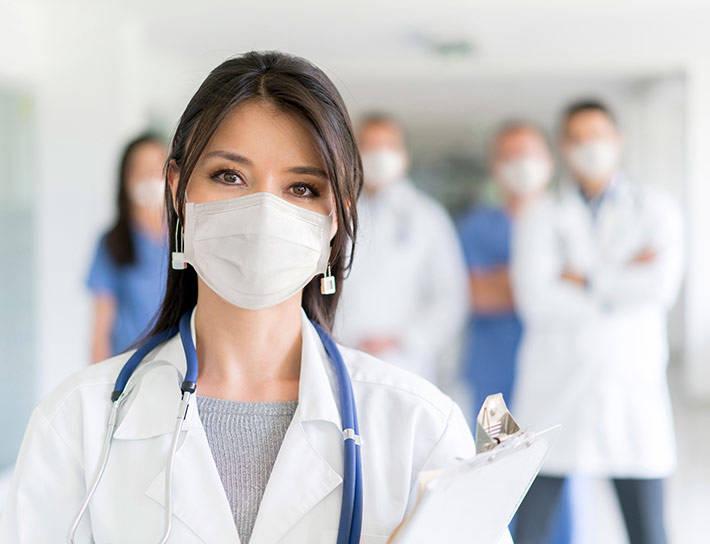 Doctors at the Cancer Center

At Providence, you'll have access to a vast network of dedicated and compassionate providers who offer personalized care by focusing on treatment, prevention and health education.