The Providence Story
Triumph through trials 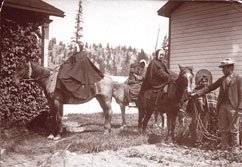 Providence came to Everett in 1905. But, the real story begins 100 years before, in Quebec, with one woman’s vision and vow to simply care for and serve others Émilie Tavernier was born in Montreal in 1800. At 23, she married John Baptiste Gamelin. Unfortunately, her happiness was short-lived. Within four years, she’d be forced to deal with the deaths of her husband – and their three children.  Stricken with grief, Émilie Gamelin occupied herself with the work of the Ladies of Charity, an organization that helped Montreal’s poor. She began to see the poor and needy as her new family – even using her home and inheritance to shelter destitute people of all kinds – orphaned or runaway children, the mentally ill, homeless, handicapped and immigrants.

Humility, simplicity and charity. Above all, charity.

Émilie worked on her own for 15 years. Then, along with the Bishop of Montreal, Ignace Bourget, founded the Daughters of Charity, Servants of the Poor – the organization now known as the Sisters of Providence. In 1844, after Émilie took her religious vows, she was appointed the first Superior of the congregation.

Under Mother Gamelin’s direction, the Sisters of Providence grew rapidly and achieved much. In 1851, from her deathbed, Mother Gamelin urged her sisters to be mindful of the virtues she’d embraced throughout her life: “Humility, simplicity and charity. Above all, charity.”

Mother Gamelin founded the Sisters of Providence. But, it was another woman - Mother Joseph - who brought them to the Northwest.

In 1823, Mother Joseph of the Sacred Heart was born Esther Pariseau, the third of 12 children. She was raised on a farm in Quebec and learned a variety of skills as a result of her rural lifestyle: sewing, weaving, carding wool and caring for children. In addition, her father, a coach maker, taught her carpentry and design skills she’d later apply to the construction of some of the first hospitals and schools in the Northwest.

Esther entered the Sisters of Providence. As a novice, she was trained in nursing in the Sister’s pharmacy and infirmary. She used her sewing skills to make robes, habits and vestments. And, she helped the treasurer with financial matters. Additional daily tasks included marketing, baking and the laundry. In 1845, Esther Pariseau took her vows of poverty, chastity, obedience and service to the poor. She received her name in religion: Sister Joseph.

In 1856, Sister Joseph led a group of four nuns from Montreal to the Washington Territory. Bishop Bourget dedicated the new mission in the west to the Sacred Heart of Jesus. He bestowed a new name on its young superior: Sister Joseph would be known as Mother Joseph of the Sacred Heart. Under her leadership and trust in divine direction, more than 30 hospitals, schools and homes were opened for orphans, the elderly and the sick in Washington, Oregon, Idaho, Montana and southern British Columbia.

Whatever concerns the poor is always our affair

Mother Joseph of Sacred Heart died in 1902, at the age of 79. Her last words to the nuns gathered at her bedside: "My dear Sisters, allow me to recommend to you the care of the poor in our houses, as well as those without. Take good care of them. Assist them and receive them. Then, you will have no regrets. Do not say: 'Ah! This does not concern me, let others see to them.' My Sisters, whatever concerns the poor is always our affair."

Mother Joseph's contributions to education, health care, and social service continue to be recognized a century after her death. In 1980, she became Washington's second representative in National Statuary Hall, in Washington, D.C. And, in 1999, at the request of a group of Vancouver 6th-grade students, the legislature passed a bill declaring her birthday, April 16, as Mother Joseph Day in Washington.
History of Providence Hospital
1856: Mother Joseph of the Sacred Heart and four other Sisters of Providence arrive in Fort Vancouver, Washington, establishing the presence of the Sisters of Providence in the Pacific Northwest. 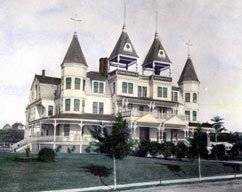 1905: The Sisters purchase Everett's Monte Cristo Hotel for $50,000 and turn it into Providence Hospital, featuring 75 beds, staffed by 11 Sisters and three employees. More than 400 patients were treated for the first year.

1962: Providence Hospital completes construction of a new service wing for obstetrics, radiology, and dietary services.
History of General Hospital
1894: General Hospital was founded by the Women's Book Club of Everett. The cornerstone was laid in an existing building at 3322 Broadway. The site later became Bethany Home.

1923: A group of prominent businessmen propose a plan to the community to raise $150,000 to purchase a new site and construct a modern hospital. Their financial goal was met in seven days.

1924: The newly constructed General Hospital opens it doors and admits its first patients to the 74-bed, 14-bassinet hospital.

1949: By converting the large sun porches on each floor into six-bed wards, General Hospital is expanded to a 127-bed, 30-bassinet facility.

1994: Exactly 100 years after Everett's first hospital was founded, General Hospital and Providence Hospital join forces on March 1, 1994. Providence and General become a new entity, Providence General Medical Center, under the sponsorship of the Sisters of Providence Health Systems. General and Providence pledge to focus on improving the health status of the community while maintaining the quality of care so highly valued throughout their histories.

2000: The hospital's name is changed to Providence Everett Medical Center.

2011: In June, the Cymbaluk Medical Tower opens to serve the community.